A Spiritual Voyage in Nandyal

Nandyal is a famous town in Kurnool district, Andhra Pradesh. Besides being an industrial hub as well as commercial center Nandyal is known for its various holy places. From Nandyal there are frequent buses to Tirumala – Tirupathi, Hyderabad, Vijayawada, Anandapur, Adoni, Chittoor and other places. The Nandyal railway station is connected to Vijayawada, Guntakal, Anantapur, Goa, Bangalore and Howrah. Rajiv Gandhi International Airport, Hyderabad is the nearest airport.

The Shiva Temples of Nandyal 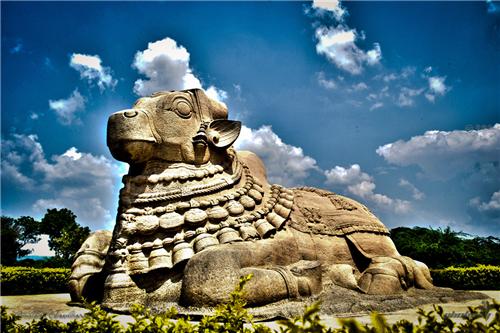 There are nine temples of Lord Shiva around Nandyal. Mahanandi temple is the most famous among them. Sivanandi, Vishnunandi and Somanandi are also included in the nine temples. At the Mahanandi temple the devotees can see a continuous stream of water. It is believed that other than the Himalayas, this is the only place where the water is so pure. The origin of this stream is still a mystery. The other 8 temples are situated within a radius of 15km from the Mahanandi temple. The 8 temples are Prathama Nandi, Naga Nandi, Soma Nandi, Surya Nandi, Shiva Nandi, Vishnu Nandi, Vinayaka Nandi and Garuda Nandi. Omkaram is another Shiva temple near Nandyal and is very famous. Those who visit the Sri Yaganti Uma Maheswara temple near Nandyal can view the world’s biggest Nandi idol. 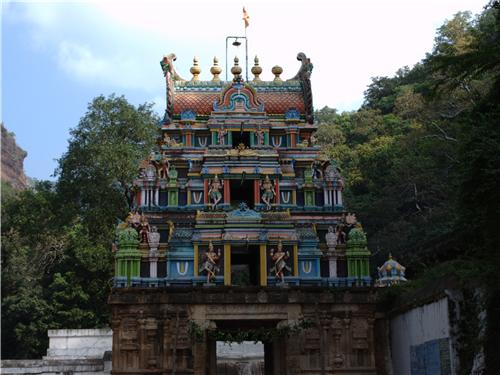 Ahobilam which is a very prominent Hindu pilgrimage centre in Andhra Pradesh is just 74km from Nandyal. The temples of Ahobilam are dedicated to Lord Narasimha. At Ahobilam the devotees can find all nine forms of God Narasimha. The temple of Prahladavarada Narasimha is at the foot of the hill. This is the form of Lord Narasimha while blessing Prahlada. The Narasimha temple in upper Ahobilam is situated in natural cave. There is a Vaishnav Math in Nandyal. The 14th century shrine in lower Ahobilam was built by Vijayanagara kings. The drinking water lake near this temple is known as Alwar Koneru. The journey from the foot of the hill to Upper Ahobilam is highly enjoyable. The path goes through forests and hills. This path is 9km long. 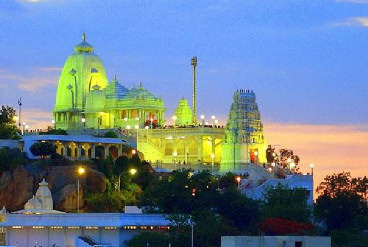 The goddess of this temple Sri Jagajjanani is considered as the Mother of the World. One cannot see this kind of idol anywhere else. One can worship Sri Jagajjanani only at this temple in Nandyal. The “Gopuram” of this temple is very beautiful and there are various forms of the goddess idols in it. This temple is the second of its kind in the entire world. The first one was in the Himalayas near Lake Manasarovar and was collapsed. Hence now this is the only one temple of its kind all over the world.

Explore more about About Nandyal