Ahobhilam, also known as Ahobalam and Nava Narasimha Kshetra is located amidst Nallamall Hills in the Kurnool district of Andhra Pradesh. It is located at a mere distance of 40 km from Nandyal, 150 km from Kurnool and about 350 km from Hyderabad. It is not only the important pilgrimage site of South India but also an adventure trekking site to the nine Narasimha temples located in the thick forests of the surrounding hills . The temple is located where Lord Narasimha blessed Prahlada and killed Hiranyakashipu. It is a place where mythology comes alive. 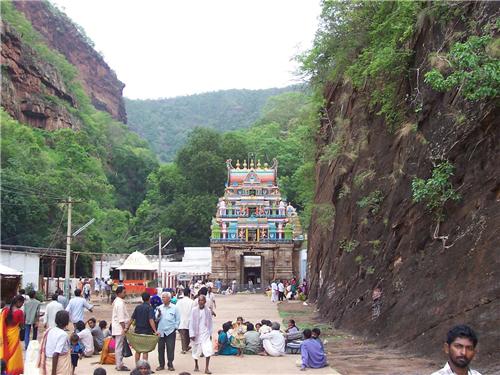 According to the legend, to fulfill the wish of Garuda to form an avatara, the Lord Narsimha settled in the hills around Ahobilam in the midst of dense forests in nine different forms. This is the reason this hill is known as Garudadri, Garudachalam, and Garudasailam.

Though the exact history of Ahobilam is not very clear, but the temple has been in existence for atleast a 1000 years. As for mythology and legends, Ahobilam is most famous for the story of Lord Narasimha avatar and killing of the demon king Hiranyakashipu and saving Prahalada at this place only.


What to expect from Ahobilam 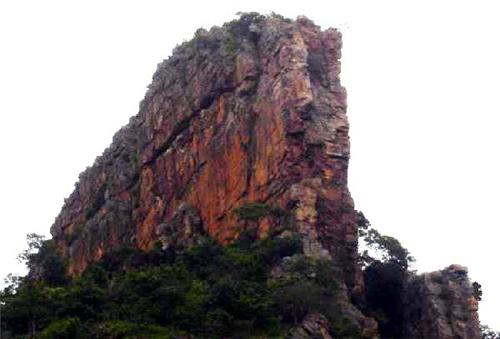 Only a few temples can be reached through trekking. Some of the temples are inside the cave. All the nine shrines can be visited in two days with the help of a guide.


Hotels and Restaurants around Ahobilam

There is only one eating place here- a privately run canteen that serves vegetarian meals. In addition, Annamacharya Nitya Annadanam Trust founded by Sri Ahobila Matam provides free food to all the devotees. They offer free prasadam three times a day including Tadiyaradhanam (full course meals) in the lunch and Dadiyannam (Curd rice) in the morning and evening.

There is only one guest house called Malola Guest House near the temple, which is run by Sri Ahobila Mutt and offers a total of 14 rooms including 4 triplet rooms, 6 double rooms, and 4 single rooms. Only two double rooms and two triple rooms are air conditioned. Apart from these there are 10 dormitory type rooms are also available for visitors. Accommodation has to be booked in advance. Here are the contact details of Malola Guest House for booking a room or any other travel related information.


How to Reach Ahobilam

Ahobilam temple is located about 150 km from Kurnool, and 350 KM from Hyderabad, Andhra Pradesh. From Hyderabad you can take a train, bus or car to Kurnool to reach there. And from Kurnool a car or bus can be taken to reach Ahobilam.