Belum Caves are one of a kind archeological and geological attraction worldwide. It lies in Kurnool district of Andhra Pradesh at a mere distance of 30 Km from Nandyal and 110 km from Kurnool. These caves are 3.5 km in length and are the second longest cave in India after 21km long Krem Um Lawan cave in Meghalaya. Out of one’s imagination these underground caves are located on a flat agricultural field and have three well like cavities out of which the central one is the main entrance to the caves. After a descent of 20 meters at the entrance, the cave is horizontal and has a length of 3229 meters making it longer than Borra Caves in Vishakhapatnam district. Belum Caves have spacious chambers, siphons and fresh water galleries and long passages. 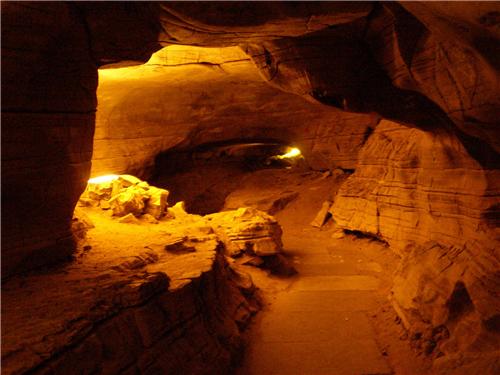 Belum Caves gets its name from the Sanskrit word ‘Bilum’ which means ‘cave’. In Telugu, it is called Belum Guhalu.  These caves were initially discovered in 1884 by H.B.Foote, explored by the Department of archeology and Museums, later followed by the team of European speleologist led by Mr. Gebaner after a century in 1982 and 1983. They were used as a garbage dump till some 20 years back when they were restored to their current glory by efforts of the local people in collaboration with the government. However, Andhra Pradesh Tourism Development Corporation (APTDC) developed the caves as a tourist attraction in February 2002 only.


Inside the Belum Caves

Only 1.5 km of the Belum Cave is opened for public. Most of the parts open for the tourists are dead (not forming stalagmites or stalactites any longer) now.  Most of the stalactites were broken off by visitors over the years. There is only one place which is still live and water still drips from the ceiling. However people have turned it into a worshiping place and are thronged by people who are constantly touching the rocks.

However the path inside the caves is well maintained, even kids of 4-5 years can walk easily, fresh air is pumped in at regular intervals and cave is well illuminated. Still I would advice travelers to take water and a powerful torch light with you to enjoy more. 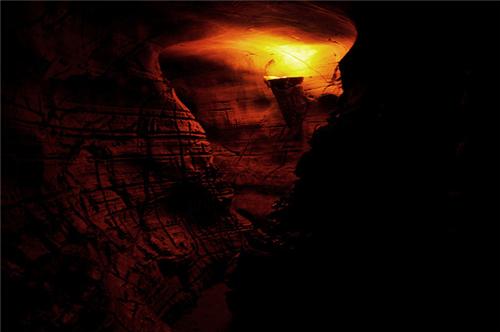 There is only one hotel near the caves, which is run by Andhra Pradesh Tourism Development Corporation (APTDC) and offer only dormitory rooms at a price of Rs. 40 per head, so one should plan accordingly while they visit Belum Caves and make it a day trip from Kurnool. My advice to all travelers would be to carry your own food when you are visiting Belum Caves. There is only one eating place here- a canteen that serves vegetarian meals. Belum Caves are not much populated, so no other shops can be found nearby.


How to Reach Belgum Caves

The Belum caves are located about 110 km from Kurnool, and 326 km from Hyderabad, Andhra Pradesh. From Hyderabad take the Bangalore Highway till Kurnool and you can take a train, bus or car from Kurnool to reach there.