Nandyal is famous for its hot and spicy cuisine along with its rich cultural heritage. Mughlai influence can be seen on the cuisine of Nandyal. Due to its close proximity to Tamil Nadu and South Karnataka, the cuisine is also heavily influenced by both Tamil Nadu and South Karnataka cuisines. It is known for its large assortment of dishes and its liberal use of herbs and spices. The cuisine of Nandyal is mixed between the eating habits of the Hindus and Muslims style of eating. The food is rich with curries and spices, including cardamom, turmeric, dried hot peppers, coriander, cinnamon and ginger among others.

The eating habits are quite varied as there is a mixture of Hindu and Muslim styles of eating. Dishes served in Nandyal are mainly vegetarian but some people also prefer non-vegetarian dishes. Rice being the main food is very famous and usually served with sambar. Sometimes it is also served with other lentil preparations along with vegetables. Every meal i.e. breakfast, lunch, snacks and dinner have their own specialty.

Traditional dishes of Nandyal are absolutely mouthwatering having a liberal use of spices. Popular dishes include the Peetala Kura, Alsandala vada, Ulavacharu, , Brain fry, Liver fry and Prawn Iguru which are usually served  with Sajja or Jonna rotis and sometimes Raagi sankati. This combination gives an authentic feel of Nandyal food. These dishes can be eaten in lunch as well as dinner. 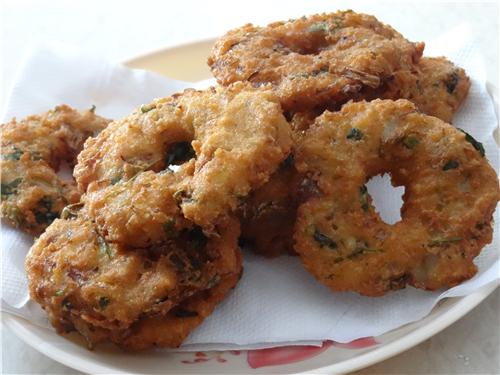 Alasanda Vada is prepared from black-eyed peas for special occasions and usually served with chicken curry.

Sajja Roti (Bread) is made from Bajra (pearl millet) and pretty common in Nandyal.

Jonna Roti (Bread) is similar to Sajja Roti except it is prepared from Jowar (sorghum).

Raagi Sankati also known as Ragi Mudde is a prepared with only two ingredients; the Ragi (finger millet) flour and water. It is usually consumed with the famous Karnataka style Bassaaru and Chicken curry.

Morning breakfast and snacks, both are served generally with chutneys, which are thick condiments and spreads made from assorted fruits and vegetables such as coconut, groundnut, tamarind, tomatoes, mint, cilantro and other herbs. 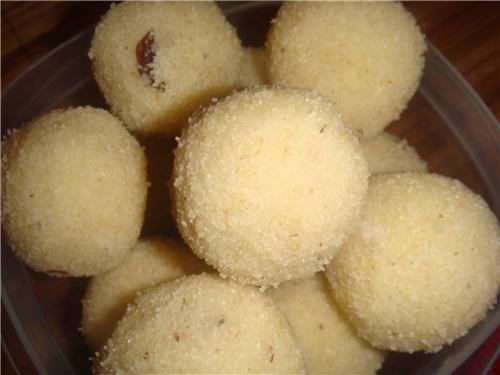 Apart from the main dishes, people also prepare Yogi Diet (Food of Fasting Days) and various Divine Prasadams. Fast food is also making its place in the hearts of people of Nandyal as well just like the other parts of the country. Burgers, French fries, Cookies, Jams and Spreads, Cakes, Pasta, Noodles, Pizza, Ice cream and Sandwiches are also part of the life here. The restaurants of Nandyal also offers a lot of varoety to the tourists.