Kundu River, previously known as Kumudvathi is one of the several tributaries of Penna River, also known as Penner or Penneru. The river is located in Rayalseema region of Indian State Andhra Pradesh. People of Rayalaseema believe that to gain enormous courage and to face enemies one has to drink the water of Kundu River. 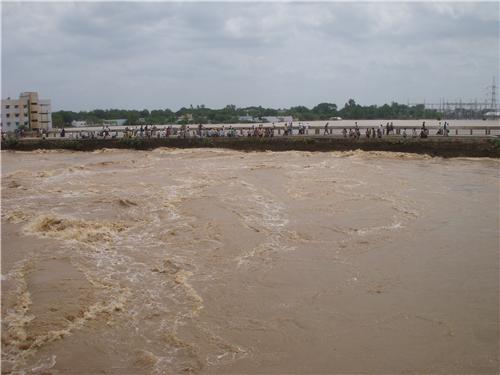 The Penna river starts from Nandi Hills in Chikballapur District of the Indian state of Karnataka and runs north and east through the states of Andhra Pradesh to vacant into the Bay of Bengal. The estuary of Penna River extends 7 km upstream from the Bay of Bengal. The river is 597 km long with a drainage basin 55,213 square km large, which receives 500mm average rain fall per annum. The river basin is a part of the rain shadow region of Eastern Ghats and is semi-arid with dry tropical monsoon climate.

This river starts from the Uppalapadu village that is located in Orvakal Mandal of Kurnool and this river is just like a spring. This river goes to the penna river and at that time it suffers several changes before mixing into the penna at the Adinimmaya Palli village and this village is located in the Kadapa district. The valley of Kundu is known as ‘renadu’ and is symbolic of the term ‘renati pourusham’.

Kundu valley drains around 6000 acres and consists of 41 villages. It covers six assemblies and it is located in the district of Kurnool and Kadapa in the Indian state of Andhra Pradesh.

Kundu River is notorious for regular floods in the area of Nandyal and Koilkuntla which leads to heavy damage in the area. This is the reason why Kundu river is known as 'Sorrow of Nandyal'.  The main sources of flood water are Nippuvaagu, Gaaleru, Paaleru and Sankalavaagu and these includes several rivers and streams. The river is ferocious in the monsoon, especially during cyclones.  July to December is the most dangerous period from the perspective of floods which leads to heavy losses. The worst thing about the flood of Kundu is that they are unpredictable and frequent due to which people are not able to take precautionary measures. People of Nandyal witness flood around every year which sometimes lead to the life-threatening situations in the area. 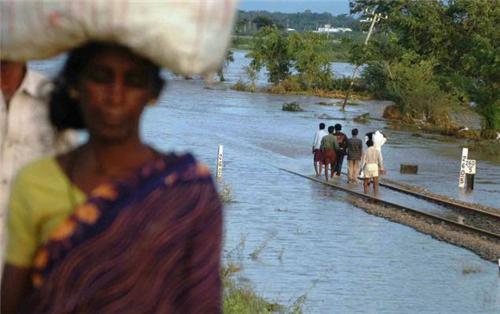 Despite its bad impact in the state of floods on the life of Nandyal people, Kundu is very important for them. A lot of people in Nandyal are dependent on agriculture for their earnings and Kundu River is the main source of irrigation water for this area. Nandyal and surrounding places are famous for its agriculture crops all around the state and country. The river also attracts many tourists towards Nandyal giving an edge to its tourism industry.

How to Reach Nandyal

There are many means available for travel from Kurnool to Kundu valley. It depends on you what way you prefer. You have the options of local buses, cars, autos and private transport in the area. There are many other places as well to see and visit around the place, including Belum Caves, Nava Nandis, Adoni, Dhone and Nallamalla Forest.

Explore more about Geography of Nandyal