Kailash of the South - this is what Srisailam mountain is known as in Andhra Pradesh! Srisailam town is situated on the banks of Patalganga Krishna river where the Mallikarjuna Jyotirlinga Temple is also located. This temple is dedicated to Lord Shiva and the linga here is believed to be self manifested.This temple finds mention in various religious scriptures such as Skanda Purana and also in Mahabharata etc.

Srisailam mountain is sacred for Buddhists too! In the first century A.D., saint Nagarjuna resided here. Even Chinese travellers Fa Hein and Hieun Tsang have mentioned this religious centre as Sri Parvatam and a Buddhist centre. 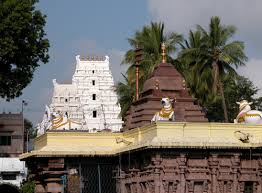 What is Special about Mallikarjuna Jyotirlinga Temple

The temple shrine is situated on the top of Nallamalai hills Kurnool district). Anyone can enter the temple and perform 'abhishekam' and 'archana'  irrespective of caste and religion. Devotees can even go farther into the sanctum sanctorum, touch the idol and offer prayers. The temple is special in a number of ways - 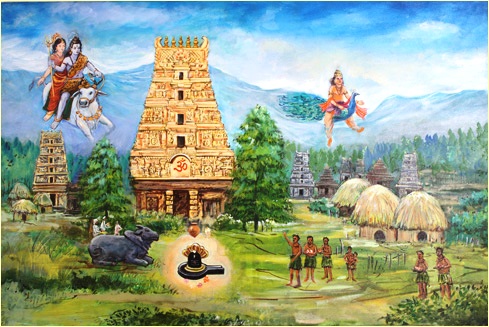 According to an ancient legend, Lord Shiva and Goddess Parvati wanted to find suitable brides for their sons - Lord Ganesha and Lord Kartikeya. However, to decide who would marry first, Lord Shiva explained that whoever goes around the globe first would marry first. Lord Ganesha went around his parents 7 times and was married to Siddi and Buddhi, daughters of Vishwaroopan. He was married first!

When Lord Kartikeyan came to know about this, he went to Mount Kravunja and started residing there all alone. However, when Lord Shiva approached his abode, Kartikeyan tried moving to another place but was requested by the Gods (devas) to stay close by. Sri Sailam was the  place where Lord Shiva and Parvati stayed. This is the reason why Sri Sailam is also referred to as 'Sri Parvatam' which means 'The Blessed hill'.

The most significant festival celebrated in this temple is Mahashivratri. This is the time when the temple is visited by thousands of devotees for offering prayers and receiving 'prasadam'.


How to Reach Mallikarjuna Jyotirlinga Temple 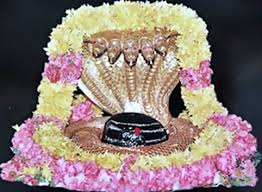 There are many other beautiful sites to explore after you offer your prayers in Mallikarjuna Jyotirlinga Temple.
With the wonderful temple in Srisailam, you can visit so many other religious centres near Srisailam --- a spiritual tour indeed!