The beautiful city of Nandyal is well known not only for its religious importance but for its flora and fauna and wildlife as well. The city is blessed with rich bio-diversity and the salubrious climate of the destination is loved by the nature enthusiasts and travelers. Nandyal and its surrounding areas near Eastern Ghats are considered to be the treasure land for most of the tourists as the region boasts of flora and fauna. The thick forests of Nallamalla Hills are mainly responsible for the green landscape, cool weather and clean air. If you are really interested to experience some thrilling moments, then step into wildlife sanctuaries in and around Nandyal with your friends and family. 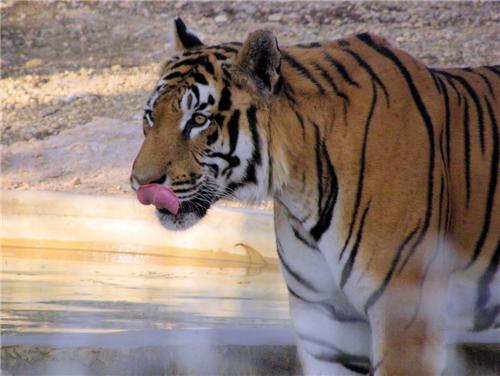 Nagarjunasagar Srisailam Sanctuary, established in 1978, is located at a distance of 138 Km from Nandyal and 156 Km from the Kurnool district of the Indian state Andhra Pradesh. It became a tiger reserve in 1983. Climate of the sanctuary is usually dry and hot during summer and pleasant during winter months. It is the largest Tiger Reserve in the country and was renamed as Rajiv Gandhi Wildlife Sanctuary in 1992. Best time to visit the sanctuary is from October to March.

Gundla Brahmeswaram Wildlife Sanctuary is located at a mere distance of around 30 km from Nandyal. It is spread across an area of over 1194 km sq and is covered by mixed deciduous forests. The region is usually quiet hot round the year with most of the precipitation occurring during the monsoon months. Renowned as one of the most picturesque forest areas in India, the sanctuary have mixed deciduous forest of Terminalia, Albizzia, Teak, Pterocarpuss, Anogeissius, Andug, Bamboo Dalbergia, Boswellia and Shisham. some of the animal exist in the region include Wild Dog, Hyena, Tiger, Panther, Sloth Bear, Jungle Cat, Langur, Bonnet Monkey, Pangolin, Sambar, Chinkara, Mouse Deer, Nilgai, Chowsingha, Python, Crocodile and Monitor Lizard. The best time to visit this place is from October to May.

Spread across an area of 464.42 Sq. Kms, Lankamalla Sanctuary is located at a mere distance of 130 Km from Nandyal. It is famous for being one of the last homes of the critically endangered Jerdon’s Courser. The sanctuary has dry deciduous mixed thorn forests with steep slopes and deep gorges. Red Sanders, an endemic species is found here. Faunal population of the sanctuary include the Jerdon’s Courser Chinkara, Nilgai, Wild Boar, Fox, include Panther, Sloth Bear, Cheetal, Sambar and Chowsingha. One can accommodate at forest rest house at Siddavotam and Kadapa. Best time to visit the sanctuary is from October to February. 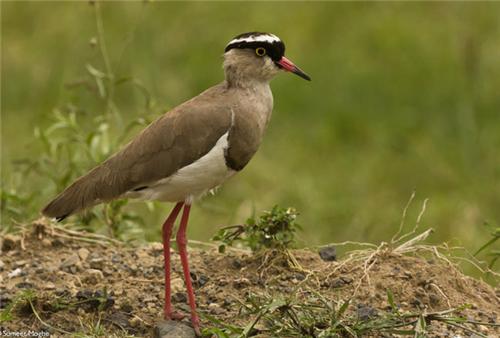 The Rollapadu bird sanctuary, also called as Great Indian Bustard Sanctuary is located in the Kurnool district of Andhra Pradesh region. It is famous for being one of the last homes of the critically endangered Indian Bustard (Ardeotis nigriceps). Spread across an area of 614 sq kilometers, the sanctuary was formed in 1988. This sanctuary is located at a distance of about 60 kilometers from the Kurnool area near Nandikotkuru in Andhra Pradesh. The Rollapadu Bird Sanctuary is the home to a number of birds, reptiles and wild animals. Some of the animals exist in the region include Sparrows, Indian Bustard, Indian Roller, Indian Fox, Black Buck, Bonnet Macaque, Russell’s Viper, Indian Cobra, jackal, Wolf and Mynas. Best time to visit the sanctuary is from October to February.